'The Midwich Cuckoo children look very evil in the film, but they aren't so evil in the original story'.

THE EPONYMOUS village of Midwich becomes a nest for infant aliens, as every female villager of child-bearing age is mysteriously impregnated. Not only do the women of Midwich have to contend with the scandal of their collective pregnancies, they then face the prospect of rearing cloned ‘babies’ with identical fair hair, haunting golden eyes, and fast-developing mental powers. The new-born manage to bring out the maternal instincts of their unfortunate surrogate mothers, making them very hard to dispose of while they are still young enough to be vulnerable. From an early age the Midwich Cuckoos themselves are perfectly aware that their own existence is in constant danger.

Undecided what to do with the cloned children, the authorities keep Midwich under scrutiny perhaps hoping that the situation will resolve itself. The only villager who is able to make any real connexion with the juveniles is Professor Zellaby who becomes their teacher. Meanwhile, narrator Richard Gayford is relatively detached from the plight of the village allowing him, like us, to ponder impartially on the many unresolved issues: has Earth been specially selected and thought the best hope for continuing the species, or are the cuckoos laid across the galaxy en masse? Is this a forlorn throw of the dice, or a proven survival strategy? Can the Midwich children be considered more human or alien? Do all advanced creatures have the right to inhabit our world, be they indigenous or not?

Midwich is generally thought to be inspired by the village/small town of Midhurst in Sussex. Wyndham was for a while resident in the locality, as coincidentally was his muse H.G. Wells.

Village of the Damned

There have been two English-language film versions of The Midwich Cuckoos as it is probably the most cinematic of Wyndham’s novels, and definitely the easiest to recreate on the silver screen. A few dozen fair-haired children are all that’s necessary, and this is the key to the memorable protagonists. Due to the popularity of the cult 1960 screen version, Village of the Damned is arguably as well known as any of Wyndham's literary works. There is also Blackbirds at Bangpleng the 1990s adaptation set in Thailand. (see Vision).

Extract from The Midwich Cuckoo

"Dr Willers felt it necessary to turn in three reports. The first in medical language, for the record. The second expressed his opinions in more colloquial terms, for the lay. Among the points he made were these: 'most striking are the eyes. These appear to be quite normal in structure; the iris, however, is, to the best of my knowledge, unique in its colouring, being of a bright, almost fluorescent-looking gold, and is the same shade of gold in all.

'The hair, noticeably soft and fine, is, as well as I can describe it, of a slightly darkened blond shade. In section under the microscope, it is almost flat on one side, while the other is an arc; the shape being close to that of a narrow D. Specimens taken from eight of the babies are precisely similar. I can find no record of such a hair-type being observed hitherto. The finger and toe nails are a trifle narrower than is usual, but there is no suggestion of claw formation - indeed, one would judge them to be slightly flatter than the average. The shape of the occiput may be a little unusual, but it is too early to be definate about that.

'In a former report it was surmised that the origin might be attributable to some process of xenogenesis. The very remarkable similarity of the children; the fact that they are certainly not hybrids of any known species, as well as all the circumstances attending gestation, tend, in my view to support this opinion. Additional evidence may accrue when the blood-groups can be determined - that is to say, when the blood circulating ceases to be that of the mother's group, and becomes that of the individual.

'I have been unable to find any record of a case of human xenogenesis, but I know of no reason why it should not be possible. This explanation has naturally occurred to those involved. The more educated women entirely accept the thesis that they are host-mothers, rather than true mothers; the less educated find in it an element of humiliation, and so tend to ignore it.

'In general: the babies all appear to be perfectly healthy although they do not show the degree of "chubbiness" one expects at their age: the size of the head in relation to the body is that normally found in a somewhat older child : a curious, but slight, silvery sheen on the skin has given concern to some of the mothers, but is common to all, and would appear to be normal to the type.'

After reading through the rest of his report, Janet took him up on it severly. 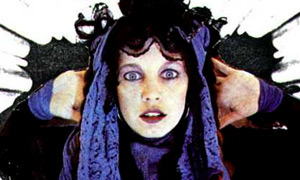 The rock group Babyshambles recorded a song called Cuckoo 1440 in 2006, after the band's troubled singer Pete Doherty read Wyndham's work whilst in rehab. Follow this Youtube link to hear it: http://www.youtube.com/watch?v=otXovy3gqJ4


Eccentric New Wave songstress Lena Lovich (pictured above) gives a clear nod to the book/film in the video to her 1979 hit Lucky Number One. The viewer is shown two swift, haunting shots of a baby's head to accompany the lyric 'I do detect an alien vibration here, there's something in the air, besides the atmosphere.'

Graeae's Midwich Cuckoos is a challenging interpretation by a 'disabled led theatre company'. A two-part radio play is introduced with eery music and an arresting beginning in which a new mother rejects what she sees as a deformed monster, with the theme of freakishness writ large across this work. The action then pans back to the moment when Midwich is sealed off by the mysterious alien 'father'. Professor Zellerby and his deaf eight-year old daughter Michaela survive the strange blackout one afternoon in September 2009, and become the main interlocutors with the extraordinary progeny of the mass-conception. Zellerby starts tracking the cuckoos' amazing development, secretly reporting on them to concerned government authorities. Michaela has a strained relationship with her father, communicating more easily with the Cuckoo children, who immediately learn sign language and understand it far better than the professor. In a modernisation which Wyndham may well have enjoyed, Colonel Westcott is female. Having a deaf radio actor is also an interesting concept in itself. Though the makers have clearly got an (important) agenda, the issue isn't shoehorned into the script, as I suspected it might. However, I'm not sure if there's enough room to explore the Black Zellerby's past experiences of bigotry. All-in-all this is an engaging version of Midwich, in which most of the modern tweeks work, and the overall exploration of society's attitude to outsiders is well acted and delivered. 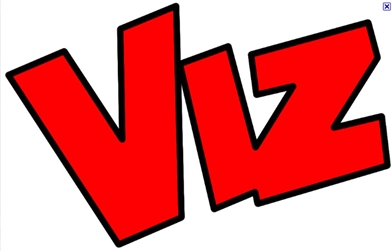 Surely the most bizarre pastiche of Midwich came in Viz, the magazine that mixes irreverent socio-political satire with puerile schoolboy humour. The April 2016 edition included a daft caper set in the village of Wyndham-on-Avon, where the community is infested with hoards of politically-incorrect 1970s comedians.


Is Midwich Cuckoo your favourite Wyndham novel? Why not cast your vote on the WyndhamWeb polls?